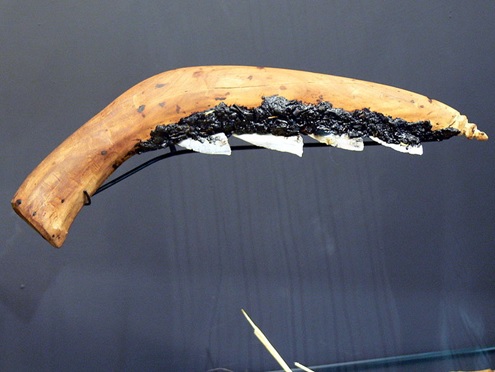 The two individuals in this sample were found at the Kleinhadersdorf Flur Marchleiten site which is located 3 kilometers (2 miles) west of the town of Poysdorf in present-day Austria. These individuals were dated to between 6,775 and 7,500 years old [13]. The site was a large burial some 62 individuals. Evidence of cremations existed in addition to normal burials. Few grave goods were found, but included grinding plates and bone artifacts. It is thought that burial conditions prevented preservation of wooden objects [14]. Red ochre was also found at the site, which was commonly used in prehistoric times for ritual purposes.

The two individuals in this sample were not buried with any grave goods, and their bones were somewhat fragmented. Analysis of their teeth showed that they both experienced nutritional stress as children but had survived into adulthood. The male was between 25 and 35 years old, while the female was between 30 and 50 years old [13]. Genetic analysis has shown that Early Neolithic individuals were closely-related to Anatolian farmers, but has also interbred with hunter-gatherers still living in the area. This intermarriage increased for a time after the arrival of these farmers [13]. The analysis also shows that these people lived at a time prior to the invasion of steppe peoples into Europe from the East.