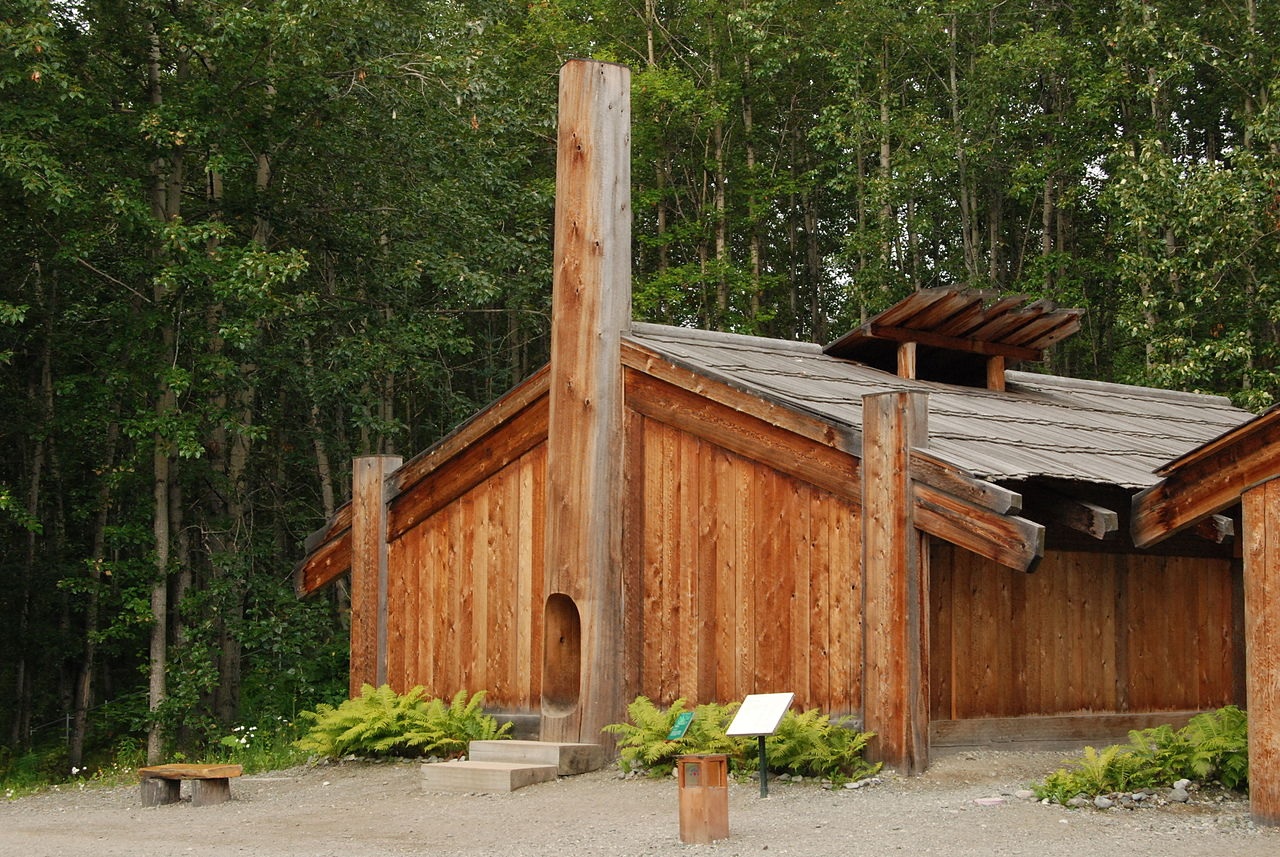 The central coastal region of the Canadian province of British Columbia is a rugged, mountainous region that is renowned for its high annual rainfall and thick forested landscape. Like much of the province, the region had multiple streams and rivers that support major salmon runs that have been used by the local populations for millenia [7]. The high natural resource abundances, especially salmon stocks, meant that coastal populations often remained in the same regions for thousands of years, living in villages with building constructed of cedar trees and elaborate totem poles, depicting spiritual messages and local wisdom [8].

Archaeological evidence for the Tsimshian people of the Prince Rupert region of British Columbia has shown that they have continuously lived in the region for at least 5,000 years [9], with some researchers suggesting that this might extent back beyond 6,000 years [10]. There are several tribes of Tsimshian people, who live along the coasts and somewhat inland along the Skeena River. They relied heavily on salmon fishing as well as shellfish, and there are often remains of shell middens near their villages that have been accumulating material for thousands of years [11].

While there had been some European contact in the late 18th century, it was not until the 1830s that European settlers moved into the area, bringing with them the smallpox virus, which devastated local populations [12]. It is thought that more than half of the Tsimshian people disappeared.


The Tsimshian samples from the GbTo sites:

The individuals in this sample came from seven coastal Tsimshian sites, labelled at GbTo, a few miles from the city of Prince Rupert. They numbered 10 females and 14 males, all of whom were carbon-dated to between 990 and 3,200 years old [13]. Most of the individuals were interred in shell middens, which also contained woodworking tools. It is thought that burials in shell middens was of ritual significance, and is a recurrent pattern throughout the region [14].

Genetic analysis of these individuals was done with the aim of understanding what changes may have occurred as a consequence of the smallpox epidemic of the 1830s [13]. It is thought that Native American peoples, who were genetically separated from other Eurasians for more than 18,000 years and had never previously experienced European diseases, had less immunity and suffered more greatly. The sudden presence of this disease may have changed the genetics of the survivors. Lindo et al. [13] found that there were differences in genetic profiles of pre-contact and post-contact Tsimshian peoples. They found that the certain immune system genes that had been under positive selection in the ancient samples shifted in frequency after contact with Europeans.

All of these individuals belonged to a single mitochondrial haplogroup, A2, which is most commonly found among Native Americans. It is derived from N ancestrally, and the A haplogroup more generally is found throughout East Asia. [14-15]. While there were multiple males in the sample, their Y chromosome haplogroups have not been published.