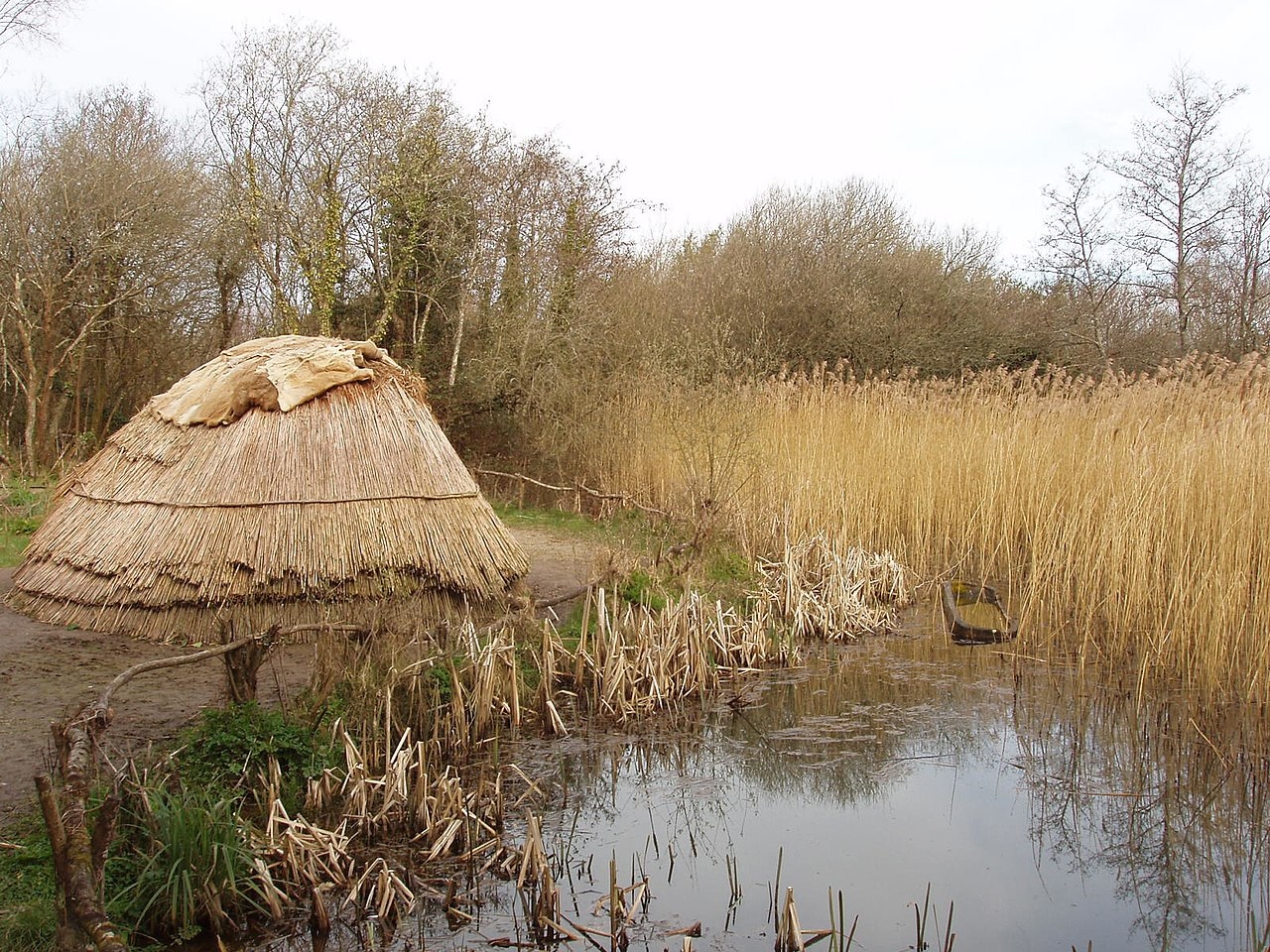 The Mesolithic in Europe was a period of great transitions both in terms of climate and of human geography. It represented a time between the end of the last Ice Age, known as the Paleolithic, around 11,600 years ago and the arrival of farming cultures from the Middle East some 9,000 years ago [1]. The end of the Paleolithic, marked the beginning of the Holocene, a period of warmer temperatures that have lasted until the present day. Temperatures rose rapidly from 11,600 years ago, potentially up to pre-industrial levels by 9,000 years ago [2]. All of this melting ice meant that the oceans swelled, and sea levels rose some 60 meters [3]. The land bridge that once connected North America to Asia disappeared, and the English Channel was formed over land where once hunter-gatherers could freely walk between what is now England and France.

The people of the Mesolithic were the direct descendants of Upper Paleolithic populations and maintained a hunter-gatherer way of life. Not only did these societies have to cope with large shifts in sea levels but also rapidly expanding forests [4]. Where once there was open tundra, there were now vast tracts of woodland, covering large parts of Europe. The transition to forest environments brought major changes in available game, from mammoth, steppe bison, and reindeer to elk, beaver, and bear [5]. The people living in these environments began forming larger groups and without the open plains of the Paleolithic to wander, they began constructing permanent buildings [6,7].

The Neolithic in Europe – A cultural revolution that changed the world:

The period that followed the Mesolithic period was the Neolithic Period, defined by the development of agriculture, a technological revolution that not only changed landscapes but also the genetic composition of world populations. Domestication of plants and animals occurred multiple times throughout prehistory and each time led to an increase in population by the mere fact that more people could be fed [10]. Archaeological evidence shows that early farming cultures around the world quickly spread out from their primary centers of origin and replaced the cultures of larger regions, often after interbreeding with the original local populations. This pattern repeated itself for nearly every agricultural source. The wheat-farming cultures that started in Anatolia (part of present-day Turkey) spread across the entirety of Europe and the Middle East, while the rice-farming cultures that started in present-day China expanded to define much of the Asian cultural landscape.

The individual in this sample was a male, found at the site of Heffingen, present-day Luxembourg. The individual was carbon dated to between 7,990 and 8,220 years old [11].

The individual was recovered from the Loschbour rock shelter [11]. He was buried on his back in a flexed position with his arms crossed over his chest [12]. It estimated that the individual was thirty-four to forty-seven years old when he died. There is some evidence of injuries, including osteoarthritic lesions, unusual attachments of ligaments to bones, and a dental fistula, which is a hollow tunnel full of puss, formed through bone and skin, caused by a dental abscess [11]. The skull is partly decorated with ochre [11], a form of decorative body painting.

In a nearby pit an older, cremated individual was discovered, along with ashes [15]. Many artefacts were found surrounding the two individuals, including Mesolithic objects (such as points, a scalene triangle, bladelets), massive antler tools, faunal remains from aurochs, red deer, wild boar and roe tear, and shells of Bayania lacteal. The individual in this sample was buried alongside two aurochs ribs (a now extinct species of wild cattle), and a small flint scraper [12]. The presence of animal remains in burials from this period is not uncommon, and it is not known whether they represent the use of burial sites for disposal of food waste [13], or the intentional burying of animals alongside the deceased, perhaps as a sacrifice. It is possible that the animals were killed and buried with the individuals to accompany the deceased [14].

Genetic analysis of the individual in this sample and others from a similar time period, and comparison with the genomes of modern-day Europeans, demonstrated that contemporary Europeans are made up of three components – west European hunter-gatherers, ancient north Eurasians, and early European farmers (who also had some west European hunter-gatherer ancestry). Modelling of the relationships between these populations showed that early European farmers were descended from a single Eurasian population, that split before the diversification of other non-African lineages [11].

The individual in this sample belonged to the mitochondrial haplogroup U, which was the most common haplogroup among European hunter-gatherers of the Paleolithic and still exists in Europe today although at lower frequencies due to the genetic contribution of incoming European farmers [16]. He belonged to the Y-chromosomal haplogroup I, which is found today in Europe and West Asia, particularly towards caucuses. It likely originated in the European Paleolithic [17].