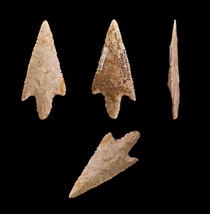 The Neolithic in Greece:

As agriculture spread across Greece, lifestyles changed from hunter-gatherer to farming. Alongside this there were also socio-economic changes. This seems to have had effects on the burial practices. For instance, in Greece in the previous period, the Mesolithic, there appears to have been no difference between how adults and children were buried. However, even in the Early Neolithic, there have been discoveries across Greece of the differential funerary treatment of adults and children. For instance, at one burial site in Franchthi, children were buried in the cave whereas adults were buried outside the cave. Similarly, at a site in Knossos, only children were found buried in the settlement, and no adult graves have been located. Some believe that the reason for the different placements of graves may have been linked to a belief that children acted as a protective spirit in death [10]. This could explain why children were sometimes buried within the settlement, where the families lived. Later in the Neolithic, a child would sometimes be buried underneath a house, further supporting this idea [10].

The Individuals of Diros and Franchthi Cave:

The individuals in this sample were found at two sites in modern-day Greece. Four individuals were found at the site of Diros, in a bay of the same name, on the south coast of Greece, seventy kilometers (forty-three miles) south of the city of Kalamata. The final individual was found at the site of Franchthi Cave, on the southwest coast of Greece, near the village of Paralia Fournon, across the bay of Koiladha. The individuals in this sample were carbon dated to between 5,700 and 8,005 years old [12].

The site of Diros is a limestone cave in the bay, known as Alepotrypa Cave, around twenty meters above sea level. The cave measures three-hundred by fifty meters, with multiple passageways and chambers. The largest chamber contains several lakes. Again, deposits spanning the entire length of the Neolithic have been found at this site. Features of the cave includes hearths, and clay lined pits and floor [13]. The hearths were originally fed with leafy branches from the open vegetation on the surrounding rocky slopes, but over time as the cave became used more, the people also started to burn branches from nearby evergreen woodland and deciduous oak thickets [14]. Artifacts discovered include pottery, lithic tools, grindstones, copper daggers, bone needles, clay spindle whorls, figurines, and more. Food remains include domesticated cereals, legumes, fruits, animal bones from domesticated species and fish and shells, and some wild plants and animals [13]. Isotope analysis suggests that the diet of the inhabitants was mainly agricultural, with an emphasis on plant resources [12]. Deliberately broken pots have been suggested to be associated with funerary practices [13]. Evidence suggests that a chamber close to the entrance of the cave was used for domestic purposes, whereas the interior chambers were used for ritualistic purposes. The ritualistic chambers used different types of fuel to the rest of the cave, burning composted dung and firewood from scrub vegetation and small bits of wood. It is believed that the reason for this is to create an atmospheric lighting and scent [14].

The site of Franchthi cave is situated at the tip of a limestone peninsula. Archaeological evidence has been found in the cave over an uninterrupted period of 25-30,000 years, and evidence of people from the Upper Paleolithic through to the end of the Neolithic has been identified. The Early Neolithic period also related to a large open-air settlement called Paralia. Evidence has been found at this site for seafaring. Such evidence consists of firstly obsidian from Melos, secondly large tuna vertebrae, and thirdly marble, honey flint, and andesite, which suggest seafaring in the Paleolithic, Mesolithic, and Neolithic respectively. At least sixty-eight individuals have been identified at this site. The individual in this sample found at this site was an eight-year-old girl [12].

Farming arrived in Europe from Anatolia. However, it is not known whether this was due to the migration of people or the diffusion of technology. Multiple studies have attempted to solve this mystery by investigating the DNA of early European farmers, in order to determine whether they were more closely related to local hunter-gatherers, or Anatolian migrants. Genetic analysis of the individuals in this sample revealed that there was a varying amount of hunter-gatherer DNA in early European farmers, with the highest proportion in the west, and a steady decrease eastward. The analysis also revealed that European individuals had actually been interacting and interbreeding with steppe individuals before the migration event [12].