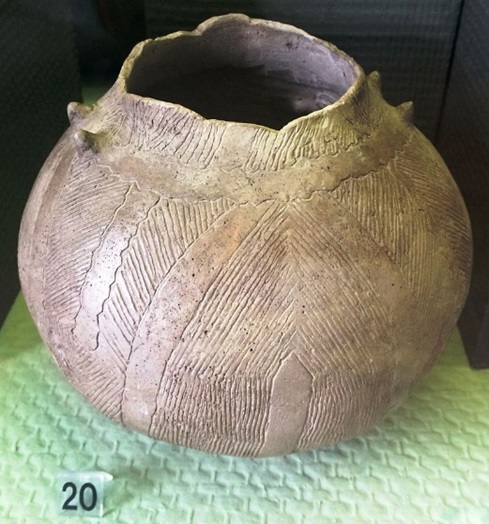 Neolithic Stone Tools from the Starčevo Culture of Hungary [25]

The Individuals from Malak Preslavets:

The nine individuals in this sample came from the site of Lake Malak Preslavets, about 70 kilometres (43 miles) Southeast from Bucharest in present-day Romania, a few hundred metres from the shores of the Danube on the Bulgarian side of the border. The site was partially excavated in the 1980s, with a number of examples of Neolithic pottery and stone tools found [14-15]. These nine individuals were among nineteen burials at the site, who were dated to between 7,800 to 7,400 years old. Some of the evidence from the site indicated that these people were consuming freshwater mollusks and wild plants in addition to farmed foods.

Genetic analysis has shown that these individuals had a large component of Anatolian farming lineages, however, unlike many contemporary settlements from the area, these individuals retained a large fraction of hunter-gatherer genes. This is similar to the pattern seen at the Iron Gates sites in present-day Romania, where it appears that Mesolithic hunter-gathers that lived along the river in high density settlements interbred more frequently with arriving farmers from the Middle East [16].

In this sample there were four females, four males, and one individual of indeterminate sex. Six of these individuals belonged to the J, and T mitochondrial haplogroups, which are all common among Europeans today and are believed to have arrived in Europe with Anatolian farmers coming from the Middle East. These lineages all have Paleolithic origins in the Middle East and Caucasus regions [17-18]. Two individuals belonged to the H haplogroup, which is also common in Europe today and existed since Paleolithic times, being found in hunter-gatherers across Europe [19]. Two of these individuals belonged to the U5 mitochondrial haplogroup, which was the most common haplogroup among European hunter-gatherers of the Paleolithic and still exists in Europe today although at lower frequencies due to the genetic contribution of incoming European farmers [20].

Two of the males belonged to the Y chromosome haplogroup G, which is common among Europeans today and is thought to have arrived with Anatolian farmers during the Neolithic [21]. One belonged to haplogroup C, which is a rare Y chromosome lineage that is much more common among Asians, particularly in Oceania and Japan [22]. It was more common in Europe during the Paleolithic and is of very ancient Paleolithic origins. Two males had a T haplogroup Y chromosome, which is a relatively rare haplogroup today but is also geographically widespread. Likely has origins in the Paleolithic. It may have spread with Anatolians, but may already have been in Europe prior to this. It is quite rare in Europe at around 1% of individual, while it increases in frequency throughout the Middle East and North Africa [23].