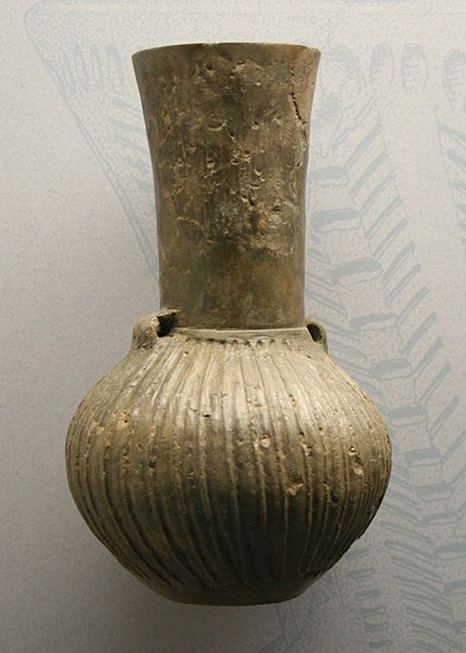 The Funnel-Beaker Culture of Scandinavia:

The Mesolithic-Neolithic transition in Scandinavia occurred more gradually and with more continuity of Mesolithic lifeways than the pattern observed in more southerly areas of the European continent. Early farmers continued to make heavy use of marine resources, similarly to the Mesolithic peoples that had preceded them [9]. Evidence of seal hunting continued well into the Neolithic, and it is thought that these early farmers continued to make use of many natural resources. At the same time, there is evidence of significant landscape change with deforestation and clearing of land occurring to make space for farms [10]. These areas would have been heavily wooded during the Mesolithic.

A common culture known as the Funnel-Beaker developed in areas that today cover the regions of present-day Denmark, Southern Sweden, and Northern Germany [11]. These people were named after the distinctive pottery they produced that involved large vessels with funnel-shaped openings at the top. Chemical analysis of these pots has revealed that they had been used for storage and cooking of seafood as well as for milk products, which may represent some of the earliest use of dairy products in Scandinavia [12].

This sample consisted of three individuals from three different sites found in the present-day country of Sweden. Two were found in the south, with one from Abbekås, which is located 16 kilometers (9 miles) west of the town of Ystad and the other in Fredriksberg, which is on the outskirts of the city of Malmö. The third individual was found in central Sweden at Ölsund, which is some 5 kilometers (3 miles) northwest of the town of coastal town of Iggesund. All three of these individuals came from the same time period and culture, being carbon-dated to between 3,776 and 4,573 years old [13-14].

The individual from the site of Abbekås was found among burials of eight children who were discovered in the 1920s. The burial was dated to a time between the Neolithic and the Bronze Age, and two of the children were buried with bronze objects. Some jewelry including rings and a headdress were also found [15]. The two other individuals were not found in formal graves, but represented skeletal material dug up during building and survey work. The individual from Fredriksberg was found a bone sample not far from a large Neolithic tomb [16]. Further to the north, the individual from Ölsund was represented by a skull, and is thought to possibly have been a person who had drowned at sea and had washed inland to the wetland forest where he was found [13].

Genetic analysis has shown that there was more intermixing between Mesolithic hunter-gatherers and Neolithic farmers in Scandinavia after the arrival of agriculture, but that the early farmers of Scandinavia were closely related to Anatolian migrants from the Middle East. Like elsewhere in Europe, this began to change around 4,800 years ago when nomadic migrants from the east began to appear known as the Yamnaya [13-14]. These people brought changes to the genetic landscape of Scandinavia, including a reduction in lactose intolerance [13].

Two of the individuals, one from Abbekås and the other Fredriksberg belonged to the K mitochondrial haplogroup, which is commonly found Europe today. It is thought this haplogroup is of Middle Eastern Origin and may have arrived with the first farmers to Europe. The haplogroup is a recent branch of the U haplogroup [18]. The single male from Ölsund belonged to the mitochondrial U haplogroup, which was the most common haplogroup among European hunter-gatherers of the Paleolithic and still exists in Europe today although at lower frequencies due to the genetic contribution of incoming European farmers [17]. The single male in this sample came from the Y chromosome haplogroup R, which is a very ancient lineage thought to have arisen in southeast Asia during the Paleolithic. It is widespread around the world today [18].