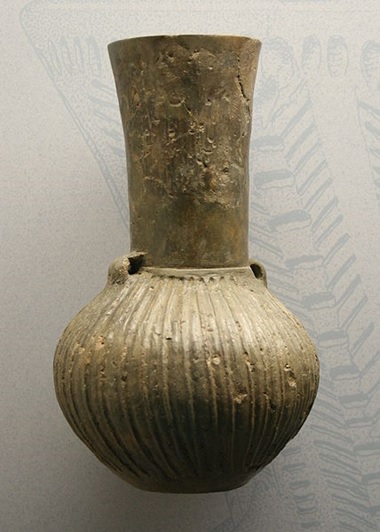 The Funnel-Beaker Culture of Scandinavia:

The Mesolithic-Neolithic transition in Scandinavia occurred more gradually and with more continuity of Mesolithic lifeways than the pattern observed in more southerly areas of the European continent. Early farmers continued to make heavy use of marine resources, similarly to the Mesolithic peoples that had preceded them [9]. Evidence of seal hunting continued well into the Neolithic, and it is thought that these early farmers continued to make use of many natural resources. At the same time, there is evidence of significant landscape change with deforestation and clearing of land occurring to make space for farms [10]. These areas would have been heavily wooded during the Mesolithic.

A common culture known as the Funnel-Beaker developed in areas that today cover the regions of present-day Denmark, Southern Sweden, and Northern Germany [11]. These people were named after the distinctive pottery they produced that involved large vessels with funnel-shaped openings at the top. Chemical analysis of these pots has revealed that they had been used for storage and cooking of seafood as well as for milk products, which may represent some of the earliest use of dairy products in Scandinavia [12].

The site of Gökhem, in the Västergötland region of present-day Sweden is located 115 kms (71 miles) northeast of the city of Gothenburg. The site today is surrounded by flat agricultural land with patches of woodland, and would have looked quite similar in the Neolithic. Gökhem is considered one of the larger Neolithic finds in Scandinavia and has produced a host of artifacts that have enhanced our understanding of early farming in the area [13-14]. The four individuals in this sample were buried in what appeared to be a cemetery plot and were carbon-dated to between 4,750 and 5,050 years old. Chemical analysis of human teeth found at the site has showed that around 25% of the people living in this Neolithic village had migrated to the region from elsewhere [15].

Genetic analysis has shown that there was more intermixing between Mesolithic hunter-gatherers and Neolithic farmers in Scandinavia [16]. This is similar to the pattern found in the present-day Baltic states of Estonia, Latvia, and Lithuiania [17], although the level of hunter-gatherer mixing was less substantial in Southern Sweden than it was in the eastern Baltic. Despite some continuity with hunter-gatherer populations, the four individuals were predominantly related to Anatolian farmers, who had arrived in Europe some 9,000 years ago.

One individual came from the K mitochondrial haplogroup which is commonly found Europe today. It is thought this haplogroup is of Middle Eastern Origin and may have arrived with the first farmers to Europe. The haplogroup is a recent branch of the U haplogroup [18]. Three individuals belonged to the H mitochondrial haplogroup which is also commonly found in Europe today and is known to have Middle Eastern origins. It has also been found in Mesolithic hunter-gatherers, and exist in Europe prior to the arrival of agriculture. Common in Europe, Middle Eastern Origin, tracked out of Franco-Cantabrian region, so around in Europe during the Paleolithic [19]. Three individuals were female but there was one male. Unfortunately, there was not sufficient sequence data to determine the Y chromosome haplogroup of this male individual.