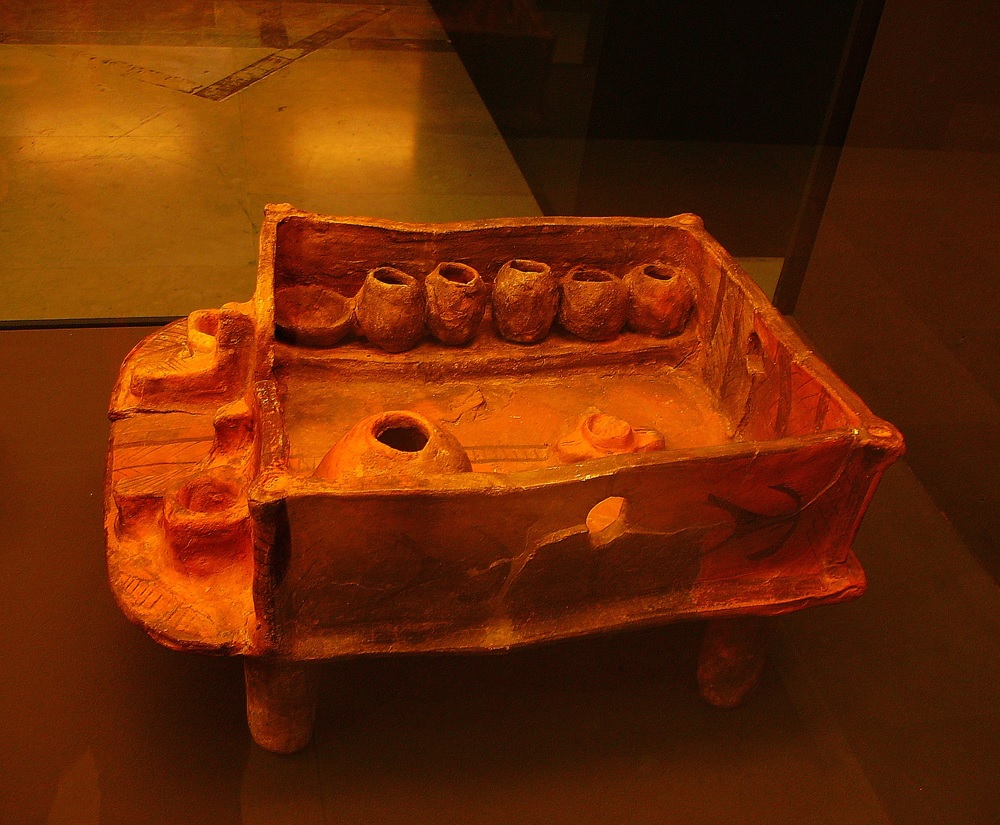 House model made in a nearby region (Trypillian) [20]

The transition to farming in present-day Ukraine was a complex process that involved the adoption of farming by Mesolithic peoples. This is seen in multiple regional cultures from the same time period, including the Trypillian and Sredny Stog [9]. This also included pottery, which more conventionally has been associated with purely Neolithic societies [10]. Dnieper-Donets sites often included domestic animals such as cows and pigs, alongside cereal grains but in the context of Mesolithic burial rites and traditions, such as red ochre. Many of the early Neolithic sites in this region were mistaken by earlier archaeologists to be Mesolithic based on the artifacts found.

The 15 individuals in this sample came from the sites of Vovnigi and Vil’nvank. Vovnigi is located 42 kilometers (26 miles) south of the city of Dnipro in present-day Ukraine on the Dnieper River. Vovnigi is a cemetery site that had more than 100 burials, representing more than 1,000 years of occupation [11-13]. Many individuals were buried with red ochre. Pearls, stone tools, and pot fragments were also found within the burials [13]. The site of Vil’nyanka was located 38 kilometers (24 miles) north of the city of Dnipro in present-day Ukraine and was a similar burial site and also included stone tool artifacts, as well as deer and fish teeth [14-15]. The individuals at both sites were buried in a similar orientation with hands positioned over their pelvises. Individuals at both sites were dated to between 6,000 and 8,500 years old.

All but one of these individuals belonged to the mitochondrial haplogroup U, which was the most common haplogroup among European hunter-gatherers of the Paleolithic and still exists in Europe today although at lower frequencies due to the genetic contribution of incoming European farmers [16]. One individual belonged to the mitochondrial haplogroup T, exists at low frequencies in Europe today. It likely originated in the Middle East during the Paleolithic and is also found throughout Central Asia, being associated with the spread of Indo-European languages [17-18] Twelve of these individuals were male, with all belonging to the Y chromosome haplogroup I. This haplogroup is considered to be very ancient and is found in Europe and West Asia, particularly towards caucuses, having likely originated in Europe during the Paleolithic [19].