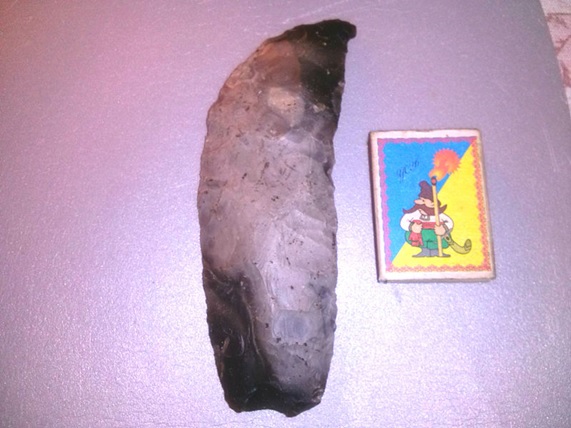 In Western and Central Europe, the transition to farming cultures was relatively abrupt, with local hunter-gatherers seemingly pushed to the margins of their former territories. The situation was different in Southeastern Europe where there appears to have been a more mixed transition that is associated with the domestication of the horse [12]. The Sredny Stog culture of around 7,000 years ago was the earliest of these pre-agricultural societies. Archaeological evidence shows these people developed strong social ties with incoming farming people from the Middle East, and would later join the Kurgan culture. The Kurgans expanded out of the Caucuses, spreading Indo-European languages and taking over large areas of Eastern Europe and Central Asia around 6,000 years ago [13-15].

The Individuals from Dereivka and Alexandria:

The six individuals in this sample came from the sites of Dereivka and Alexandria in present-day Ukraine and dated to between 7,400 and 4,700 years ago [10]. Both sites had mixed Eneolithic and Neolithic burials. The Dereivka site was a large cemetery of mostly Neolithic burials, but the individuals here are known to be of Eneolithic origin based on their radiocarbon dates and the presence of Mesolithic fisherman’s huts on the site [16].

Similar to other areas of Europe, there were significant differences between the individual analyzed here and subsequent Neolithic farmers that moved into the area, who had strong recent Middle East connections. Also, by this point in time there were distinct genetic difference between Eastern and Western hunter-gatherers in Europe. The individuals in this sample were genetically related to Eastern hunter-gatherers, and had strong association with samples taken from present-day Karelia in Northwest Russia and Finland [10]. Genetic evidence suggests there was a more significant coevolution of Eneolithic and Neolithic cultures in Eastern Europe based on the persistence of hunter-gatherer lineages [11].

Of these six individuals, there were 3 males and 3 females. Two individuals belonged to the mitochondrial haplogroups H and J, which are commonly found in Europe today and all have Paleolithic origins linked to West Asia [17-18]. Three males had Y chromosomes from the haplogroup R1, which is a relatively recent lineage thought to have arisen in this region during the early Holocene [19-20]. It is commonly present in Europe today and is thought to have spread with the expansion of Indo-European languages several thousand years after our individuals lived.