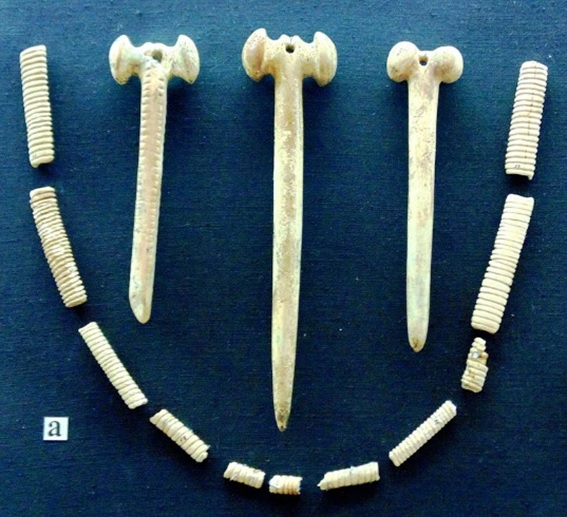 Example of ornamental bones from the Yamnaya culture [10] 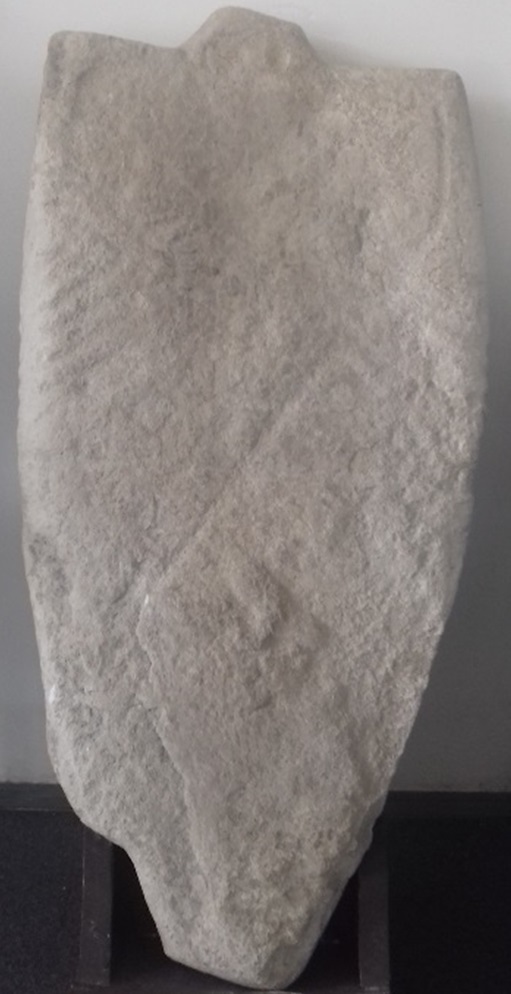 The Yamnaya were part of the wide-ranging Kurgan Cultures from the Pontic Steppe region of present-day Russia and Ukraine that are now known to have migrated into Central Europe [3]. It is believed that Yamnaya migrations brought Proto-Indo-European languages into Europe [4]. The Yamnaya were to the Samara Culture, one of the earliest of the Kurgan cultures. The people of the Samara Culture lived in permanent dwellings and herded cattle. Remains of pottery found at archaeological sites and specific type of burial practices indicated that the culture began around 7,300 years ago, and these people may have arrived into the Pontic Steppe region from the west in a region around the northern edge of the Black Sea. The Samara appear to have had trading links with Balkan peoples, evidence by the use of imported metal objects that are of Balkan origin [5].

The Yamnaya developed sophisticated metal-working technology and animal herding skills, with horse-riding an important part of their culture. We know that in Europe these incoming migrants interacted with local Neolithic populations and that sometimes these meetings were not always friendly. There is evidence for violence appearing in the archaeological record of Europe [6,7]. Despite this, there are also clues that they must have intermarried. Chemical analysis of teeth has shown that many individuals in grave sites across the continent were a mix of locals and foreigners [8] and there were also mixed sets of both Neolithic and Yamnaya artifacts found. This new incoming Yamnaya culture gave rise to the Corded Ware and Bell Beaker cultures that developed in following centuries [9]. Some researchers now believe that they brought with them the earliest forms of Indo-European languages, the ancestor of the languages spoken in Europe today [3].

The five individuals in this sample were found at three sites in present-day Russia. The site of Sukhaya Termista I is on the northeast side of the town of Remontnoye, sixty kilometers (thirty-seven miles) northwest of the city of Elista. The site of Temrta IV is a similar distance from Elista, on the southeast side of Remontnoye. The site of Ulan IV is north of the village of Kiyevka, ninety kilometers (fifty-six miles) northwest of Elista. The individuals in this sample were carbon dated to between 4,143 and 4,887 years old [11].

Genetic analysis of the individuals in this sample revealed that people of the Yamnaya culture, the Potalvka population that followed, and the Afanasievo people from the Altai were all genetically similar. Furthermore, the Neolithic farming cultures once present in Eastern Europe appear to have been replaced by the Early Bronze Age Yamnaya culture by 5,000 years ago [11].

Three of the individuals in this sample belonged to the mitochondrial haplogroup U, which was the most common haplogroup among European hunter-gatherers of the Paleolithic and still exists in Europe today although at lower frequencies due to the genetic contribution of incoming European farmers [13]. Two of the individuals belonged to mitochondrial haplogroup T, which is probably Middle-Eastern in origin. Today it is found in low frequencies in Europe, and is also found throughout Central Asia [14,15]. Although there were four males in this sample, Y-chromosomal haplogroup data could not be obtained for any of them.