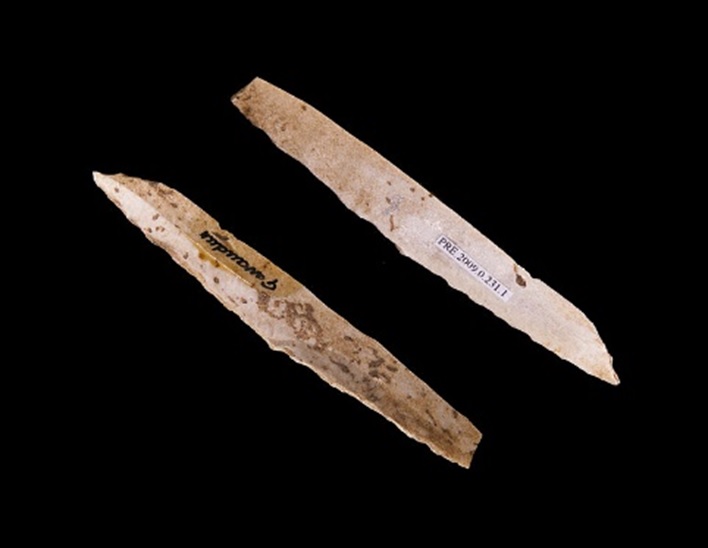 The Gravettian Period in South Moravia:

While the earlier part of the Paleolithic involved humans moving in and out due to the instability of the climate, the Gravettian Period was the first truly Pan-European culture, and is identified by a common set of flaked stone tools and blades that have been found throughout the continent [9]. These stone tools were elongated and designed to be mounted on spears for the hunting of large game. The people who lived in what is now South Moravia in the Czech Republic belonged to the Pavlovian culture [10]. Archaeological evidence shows that the Pavlovians were highly skilled hunter-gatherers that produced fine flaked stone blades and focused on hunting mammoths [11]. Not only was mammoth used for meat, but also as a source of material for all facets of life including the making of small buildings out of mammoth bones [12], a pattern that has been found at multiple sites in the region.

In 1924, six skeletons were recovered from the Gravettian burial sites at Dolní Věstonice. The site has been excavated for many years and has revealed a host of different artifacts. These sites are situated in the Pavlov Hills of South Moravia, and are the origin of the name for the Pavlovian culture [13]. In addition to stone artifacts, carved figures and faces have also been found that may have been used for magical or religious purposes. Archaeologists believe that some of the burials are those of shamans, based on the artifacts found [14-15]. There is also evidence that these people may have painted themselves with red ochre.