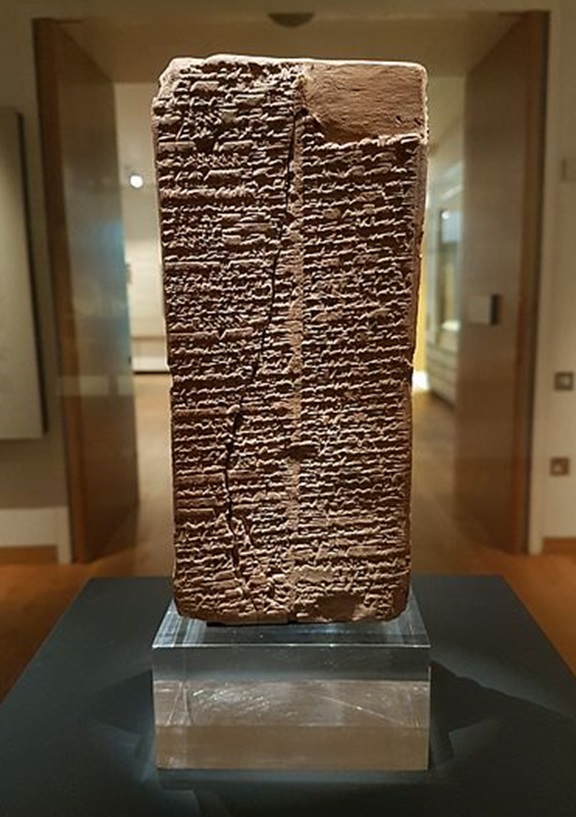 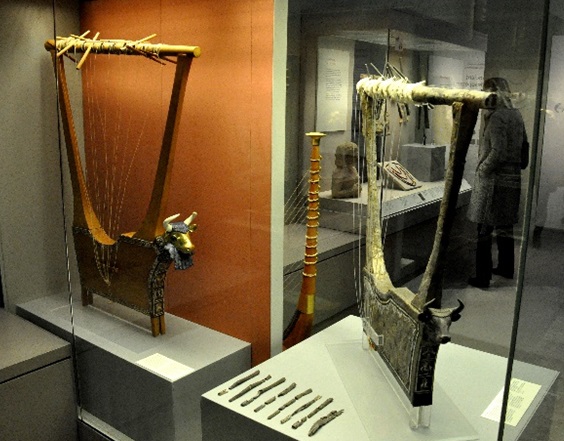 Lyres from the Royal Cemetery at Ur, Iraq [25] 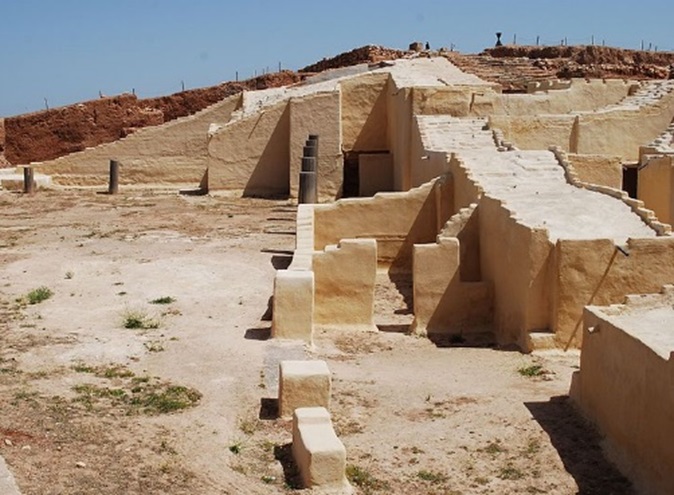 Although the Bronze Age is a period characterised by the production of bronze, it was also a period of increasing social complexity. In West Asia, a large area that includes the eastern Mediterranean, Syria, Jordan, Israel and Iran, the Early Bronze Age occurred around 5,000 to 4,000 years ago [1]. This was a period of urbanisation, religious organisation, literacy, social administration, long-distance trade, and interdependence between settlements. Both hostile and peaceful interactions between communities became common.

In Lower Mesopotamia (the region between the Tigris and Euphrates rivers, in modern-day Iraq), also known as Sumer, the Bronze Age saw the emergence of multiple independent city-states, each controlling their own surrounding area of farmland [2, 3]. These settlements ranged in size from Eresh, which was just 12 hectares, to Lagash, over 400 hectares [1, 4].

The cities relied on irrigation agriculture, and social administration became more complex in an attempt to manage and maintain these canals. In fact, conflict between cities often arose due to competition over water resources: Lagash and Umma fought for generations over their borders [3, 5]. This era was known as the Early Dynastic, as for the first time, lists of the kings that ruled these city-states have been discovered [6]. However, these lists cannot be considered completely factual, as they indicate that some reigns lasted for thousands of years.

Although the Sumerian city-states were independent, they shared a very similar culture, which was focused on the gods. Each city was associated with a deity – for example, Ur was owned by the god Nanna, who resided in its temple [7, 8]. The fertile plains of Sumer allowed cities to produce surplus goods, much of which was controlled by the religious authorities, who collected it and then redistributed it to temple-workers in the form of rations [3]. The presence of cuneiform texts increased dramatically during this period, as writing became essential to the administration of the temple. For example, 280 tablets were discovered at the city of Ur, dating to 4,800 years ago [6].

The Sumerian cities were organised in similar ways, each having a monumental temple, dynastic residence, specialised craft production zone and area of housing, surrounded by a city wall. The dead were buried in cemeteries, often with extravagant grave goods – jewellery, metalwork, artwork and musical instruments have been found at the Royal Cemetery at Ur, and some tombs even show evidence of human sacrifice [9, 10]. These were possibly the graves of kings or religious figures. It is during this period that we begin to see clear social stratification, with an upper class made up of royalty and religious figures, a middle class of merchants, accountants, scribes and private tutors, and a lower class of farmers and craftsmen [11]. The lowest social order was that of slaves.

In Upper Mesopotamia and the Levant, the early Bronze Age saw the spread of Sumerian culture to some sites, such as Mari, in Syria. A more local culture, known as Ninevite V, also existed. Ninevite sites were small, and initially appeared to lack writing and monumental architecture [12]. However, by 4,500 years ago, large cities such as Ebla and Tell Brak in Syria had emerged, dominating the countryside in a similar way to the Sumerian city-states [6]. At Ebla, close to the modern-day city of Aleppo, excavations reveal palaces, including one with rooms in which thousands of clay tablets have been discovered [13]. Written in both Sumerian and a local Eblaite script, these tablets related to the organisation of agricultural land and produce, and reveal records of 20,000 palace workers and 67,000 sheep [1].

Meanwhile, in Iran and Anatolia, the Bronze Age saw the collapse of the Uruk-style culture that had been present during the preceding Chalcolithic period [1]. In Iran, a local culture known as the proto-Elamite appeared, dominated by the large settlements of Susa and Anshan [1]. Interactions between Iran, Anatolia and Mesopotamia mostly consisted of the long-distance exchange of raw materials such as timber, metals and semi-precious stones, and manufactured goods like textiles.

The end of the early Bronze Age saw the emergence of large-scale empires. This included the Akkadian Empire, which dated from 4,334 to 4,279 years ago, beginning when its first ruler, Sargon, conquered the Sumerian city-states. Akkadian culture then spread across West Asia into Anatolia, Iran, the Levant, and even Oman and Bahrain [14]. The Akkadians conquered the city of Ebla, burning its palaces, and possibly leading to a decline in urban settlement in this region from around 4,200 years ago [6].Towns and cities were replaced by villages and temporary camps, suggesting sedimentary agriculture was briefly abandoned in favour of pastoral nomadism [1]. A similar phenomenon occurred in Anatolia, lasting for around 300 years. The Akkadian empire collapsed due to a mix of climatic change and conflict with other populations, but was soon replaced by the Ur III Empire. Centred around the Sumerian city of Ur, this empire lasted for a century before suddenly disintegrating around 4,000 years ago, most likely due to invading armies from Iran. The successive middle Bronze Age saw the emergence of multiple groups of city-states, each vying for power across West Asia.

‘Ain Ghazal during the Bronze Age:

The site of ‘Ain Ghazal was one of the largest Neolithic settlements in the Levant (modern-day Israel, Jordan and Syria). Located in Jordan, on the outskirts of the capital of Amman, the site covered an area of 14 hectares, and was continuously occupied from around 10,200 to 8,000 years ago [15]. Following this, the site appears to have been occupied sporadically during the Chalcolithic period and Bronze Age [16]. Evidence suggests the presence of an early Bronze Age village around 450m from the original Neolithic settlement, dating to around 4,500 – 4,300 years ago. Three individuals from this Bronze Age village have been genetically sequenced, two of whom were found in a cave [17]. The individuals were two men and one woman.

Genetic analysis reveals that Levantine peoples, such as the individuals from ‘Ain Ghazal, derived around one-third of their ancestry from the ‘Basal Eurasians.’ The Basal Eurasians are a lineage which split off prior to the differentiation of all other European lineages, and prior to the interbreeding between Neanderthals and modern humans that occurred around 50,000 – 65,000 years ago [18].

Analysis also reveals that there was much intermixing between the populations of West Asia during the Neolithic and Chalcolithic periods. By the Bronze Age, many West Asian groups derived their ancestry from at least two sources. Indeed, the Bronze Age people from ‘Ain Ghazal derived around 56% of their ancestry from Neolithic peoples of the Levant, and 44% from Chalcolithic populations from western Iran [17].

Two of the individuals from ‘Ain Ghazal carried Y-chromosome haplogroup J1, which originated in the Levant during the Bronze Age, and is still common in Levantine populations today [17, 19]. All three people carried different mitochondrial haplogroups: H, X and R. Haplogroup H originated in the Middle East and is commonly found in Europe today [20]. Both X and R have very ancient ancestry; X is now common in West Asia, whilst R is common across the globe [21, 22, 23].