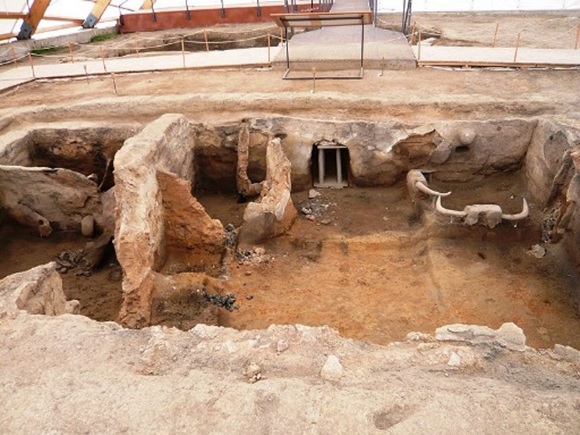 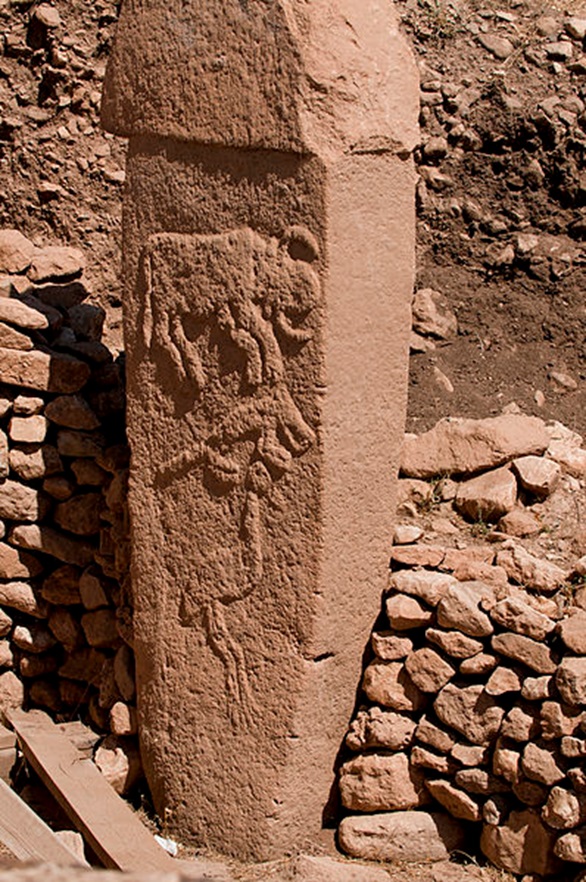 Culturally, the Neolithic period is generally divided into the ‘aceramic’ and ‘ceramic’ eras, with the change occurring with the introduction of pottery around 7,500 years ago [3, 14]. The microliths that characterised the previous Epipaleolithic period were no longer made in the Neolithic. Instead, stone arrowheads and mace heads were produced. These were not only used on animals, but possibly also on other humans [14]. Trade networks expanded significantly during the Neolithic, and materials like obsidian and seashells were traded over long distances – obsidian tools sourced in Turkey have been found in Jordan and Iran, and the obsidian used at Çatalhöyük was obtained from a site 125 km away [14]. Many late aceramic sites were abandoned in the ceramic era, and the following centuries of the late Neolithic are marked by small, short-lived settlements with little evidence of architecture. This cultural contrast may have been caused by over-exploitation of the environment as populations increased and it became no longer sustainable to live in such large farming communities [14, 18].

The Neolithic presence in Central Anatolia:

Boncuklu, dating from 10,300 to 9,500 years ago, was a small settlement near to the modern-day city of Konya. Its inhabitants were originally foragers relying on wild nuts and fruits, who began cultivating barley, emmer wheat and legumes [21]. Boncuklu is characterised by oval, mud-brick buildings with distinctive painted red floors, interspersed with wide open areas. Each building could have housed two adults and several children, and so were likely family homes [19]. These dwellings had the distinguishing feature of being divided into a ‘kitchen’ area – a sunken, uneven area with a hearth, typically in the northwest of the house – and a cleaner living and sleeping space [22]. Burials occurred under the floors of houses, as well as under the open spaces between homes. Recently, evidence of early rudimentary pottery has been discovered at Boncuklu, despite the fact that it was occupied during the aceramic Neolithic era. This is possibly the earliest pottery found in West Asia, and included vessels and figurines [22].

Another Central Anatolian settlement was Tepecik-Çiftlik, located near the city of Aksaray, a village which was most likely continuously occupied from 9,500 to 7,800 years ago [21]. There is little evidence of architecture during the earliest centuries of inhabitation, but in later years, we see a pattern of larger structures interspersed with open spaces. The people of Tepecik-Çiftlik were farmers, but towards the Ceramic Neolithic era, hunting became increasingly important, perhaps because intensive farming was no longer viable.

Fragments of early pottery have been found at Tepecik-Çiftlik: the remains of pots with intricate reliefs of animals and humans decorating their outsides, similar to the much larger reliefs found at Çatalhöyük [23]. Clay and stone figurines have been found alongside this pottery. Tepecik-Çiftlik was also a centre for trading and producing obsidian tools, such as daggers, arrowheads and spears [21]. Over 170 burials have been discovered at Tepecik-Çiftlik. Many of these individuals were buried on their sides in crouched positions, and were missing skulls, which had been reburied elsewhere. Burials have been found under both buildings and open spaces, and over 40 were discovered in a single graveyard.

In 2016, the DNA of nine Central Anatolian individuals was sequenced [21]. This included two men and two women from Boncuklu, one of whom was found with a newborn baby, and three men and two women from Tepecik-Çiftlik. Eight of the Central Anatolians carried the mitochondrial haplogroups K and N – the same haplogroups found in Neolithic farmers in Europe. It has long been argued that Neolithic cultural traditions, including farming, may have spread from Anatolia to Europe. Recent genetic analysis supports the theory that Anatolian farmers began migrating to Europe from around 8,400 years ago [24, 25]. Today, haplogroup K is common in Europe and the Near East, whilst N is found in Western Eurasia [26, 27].

Interestingly, occupants of the earlier site of Boncuklu had a much lower genetic diversity than the people of the later settlement of Tepecik-Çiftlik, who displayed much higher within-group variation [21]. Individuals from Tepecik-Çiftlik carried DNA typically found in the Middle East and North Africa today, suggesting an influx of these genes into Anatolia during the later Neolithic. This movement of genes might have occurred due to Tepecik-Çiftlik’s role as a centre of obsidian trade in West Asia.