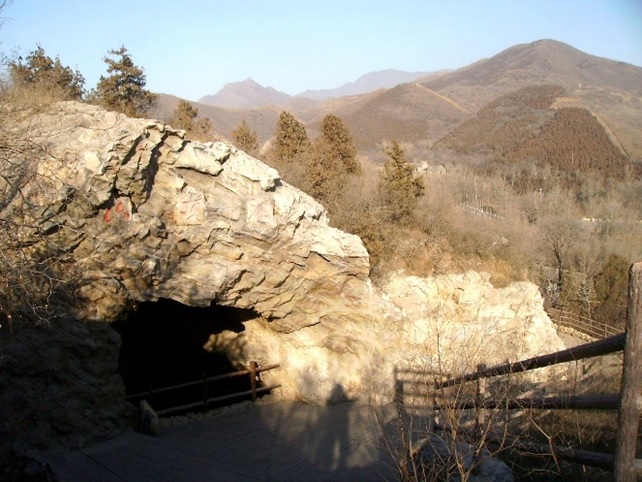 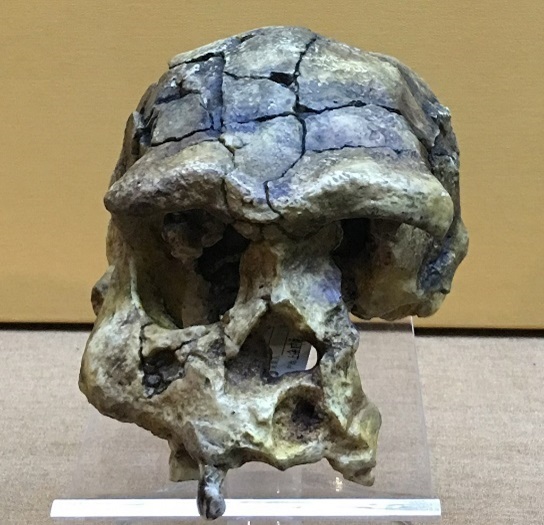 The Paleolithic in China:

Like many areas of Eurasia south of the ice sheets, the first human inhabitants of China were an archaic human ancestor species called Homo erectus. The earliest archaeological evidence for their arrival are animal bones and stone tools dating to around 1.5 to 1.7 million years ago in the Nihewan Basin, not far from present-day Beijing [1]. Typical of the Middle Paleolithic, cobble tools were most common in the region, particularly Zhoukoudian Cave [2-3]. These tools were distinctly different from the Acheulean handaxes used by Homo ergaster in the West, and it is though that in East Asia, human ancestors made greater use of bamboo and other wood products, which have not been preserved.

Modern humans arrived in China as early as 80,000 years ago [4], although evidence is scare up to 50,000 to 60,000 years ago. It is likely that modern humans appeared here long before they moved into Europe. Upon the arrival of modern humans, stone blade tools appear in the region, and are found across a broad swathe of territory from the Yellow River to Mongolia and Siberia [5-6]. These blade tools spread across China and surrounding areas at great speed [7].

Some of the earliest examples of pottery making occurred in China between 19,000 and 20,000 years ago [8-9]. In the south of China, there is some evidence that wild rice was being collected and stored in caves, marking the earliest relationship humans had with rice and the precursor to rice domestication [10-12]. China’s rich environmental diversity put it in a prime position to be a major origin of agriculture in the millennia that follow the Paleolithic.

The individual from Tianyuan:

The individual in this sample was found at the Tianyuan Cave site, near the famous Zhoukoudian Cave in Northern China. Some 24 miles (40 kilometers) southwest of Beijing [13-14]. Carbon dating placed the individual at 34,430 years old, long after the established arrival of modern humans. The individual was intensively studied and it was found that they possessed some cranial features that were similar to some of the archaic Homo erectus species that had lived in the region thousands of years earlier. This individual was buried with among other animal bones, although there was no evidence of any other cultural artifacts, or modification of the animal bones [13].

Genetic analysis has shown that this individual was most closely-related to present day Chinese and Native Americans, and that they were part of a branch that diverged from other Eurasians prior to the colonization of Europe [15]. This was consistent with the archaeological evidence which shows modern humans having arrived in China up to 80,000 years ago. They were also not found to have any large amount of Denisovan or Neanderthal DNA, which would potentially correspond with other signs of archaic human ancestry.

This individual was determined to be male, but their Y haplogroup was not sequenced. Their mitochondrial haplogroup belonged to the B lineage, which is found in East Asia and likely dates back at least 40,000 years. It is ancestral to the R haplogroup [16].