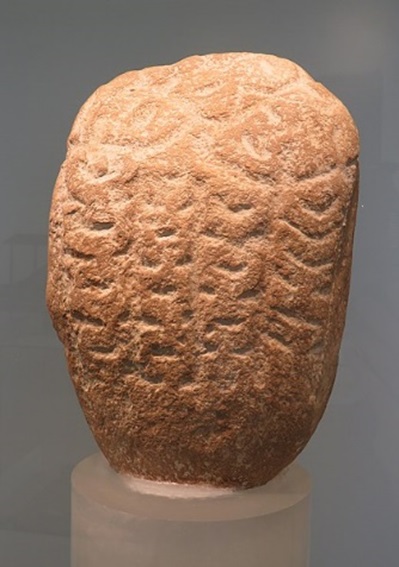 The Mesolithic in Europe was a period of great transition, both in terms of climate and of human geography. It represented a time between the end of the last Ice Age around 11,600 years ago, known as the Paleolithic, and the arrival of farming cultures from the Middle East some 9,000 years ago [1]. The end of the Paleolithic, marked the beginning of the Holocene, a period of warmer temperatures that have lasted until the present day, which is known as the Anthropocene. Temperatures rose rapidly starting around 11,600 years ago, potentially up to pre-industrial levels by 9,000 years ago [2]. All of this melting ice meant that the oceans swelled, and sea levels rose some 60 meters [3]. The land bridge that once connected North America to Asia disappeared, and the English Channel was formed over land where once hunter-gatherers could freely walk between what is now England and France.

The people of the Mesolithic were the direct descendants of ice age peoples and maintained a hunter-gatherer way of life. Not only did these societies have to cope with large shifts in sea levels but also rapidly expanding forests [4]. Where once there was open tundra, there were now vast tracts of woodland, covering large parts of Europe. The transition to forest environments brought major changes in available game, from mammoth, steppe bison, and reindeer to elk, beaver, and bear [5]. The people living in these environments began forming larger groups and without the open plains of the Paleolithic to wander, they began constructing permanent buildings [6-7].


The Mesolithic Cultures of Europe:

Early 20th century archaeologists used to think that Mesolithic people lived in small, mobile bands that moved about an open landscape. In the 1960s, finds at the site of Padina in the Iron Gates region of what is now present-day Serbia upended these prior notions. Here, archaeologists discovered ancient buildings and evidence of complex architecture and carved stone monuments [10]. Evidence is growing from across Europe that the Mesolithic was a time of increasing populations and a shift towards settled village life.

In the Eastern Europe boreal forests Mesolithic peoples employed a diverse set of hunting and gathering strategies, including fishing and sealing, which were also common throughout the Baltic [11-12]. Finds of large burial sites have indicated these people lived in large communities [13]. They made use of local forests to produce wooden structures and buildings.

In Western Europe the Azilian people of Northwest Spain began using more marine resources and diversified their hunting strategies [14]. One of the hallmark tools found in the region is the Azilian harpoon, which has been found at multiple sites across the region [15].

In the Ertebølle culture found in present-day Sweden, Mesolithic peoples began producing pottery which was likely used to store foods and for cooking [16]. Pottery was not only a major technical development, but also was a sign of the increasingly sedentary lifestyles of these people. Ceramics are heavy and had never appeared in past times when people needed to be highly mobile.

Genetic analysis has shown that the Mesolithic was quite different from the preceding Paleolithic. During the Paleolithic, human hunter-gatherer bands lived in small groups that moved across large tracts of land. They constantly shifted the locations of their camps as the ice sheets expanded and contracted. This meant that ice age Europeans were genetically very similar across much of the continent [17]. After the ice sheets melted two distinct genetic regions appeared which are known to geneticists as Western Hunter Gatherers and Eastern Hunter Gatherers. These two lineages roughly follow an east-west divide as their name suggests, although Western Hunter Gatherers extend as far east as the Balkans in Southern Europe [18-19]. These two groups may have been the result of population expansion from two small groups of paleolithic hunter-gatherers. Many of the Mesolithic samples found across Europe show that they were mixtures of both Eastern and Western Hunter Gatherers, rather than one or the other.