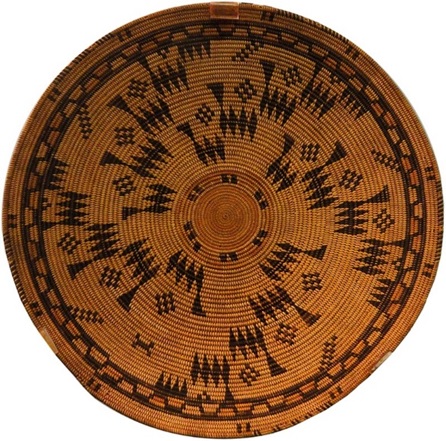 Example of a Chumash Basket [19] 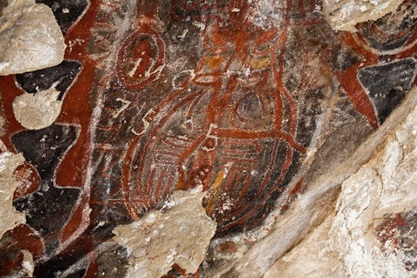 
The Chumash Culture of Southern California:

The earliest evidence of human occupation in coastal areas of present-day Southern California dates to 9,000 years ago, around the time of the last mammoths [7-8]. The earliest people living on the islands of the Santa Barbara Straight consumed large amounts of shellfish, although on the mainland there was more use of plants and other animals due to a wetter climate [9]. By 1,600 years ago more fish were being eaten and fishhooks, nets, and harpoons have been found at archaeological sites, as well as evidence of the Chumash plank canoe called the tomol. There is evidence that the Chumash may have also burned the landscape to make the plants these people ate more abundant [10].

By 1,000 years ago, there were two Native American groups that had inhabited the region, the Chumash and the Gabrielino. The Chumash lived in the northern Santa Barbara Channel Islands while the Gabrielino lived further south, having migrated from the Great Basin region [11]. The two groups spoke a different language and remained independent for most of known history. The Chumash were eventually brought within the Spanish Empire, who first sent missions into California [12]. Their lands later became territory within the American state of California.

The Chumash have fascinated archaeologists and anthropologists for decades. By the time of first contact with Europeans, the Chumash were organised into chiefdoms and had a large exchange network with the mainland, including a booming trade in shell beads [13]. The complexity of this society has played into debates about the evolution of societal structures in ancient Native American groups [9,14].

Recent genetic analysis has shown that there was a major split between North American Paleoindian groups early in the peopling of North America around the time of the Clovis hunters [15]. It is thought that this occurred after they had reached south of the ice sheets in the western half of the present-day United States. There is a clear coastal route for one of these splits and spreading out across the continents of North and South America for the second split. All modern Native North Americans have some component from each split in them today. The Chumash fall within this western coastal route and have a high proportion of coastal genes.